MEET OUR BOARD OF TRUSTEES

Highland School's Board of Trustees is made up of 21 volunteers who bring a wide range of backgrounds and skills to their positions on the board. Board members include Highland alumni, current parents, past parents and members of the local community.
Every trustee shares a commitment to the vision of Highland School as the region's best independent school. To bring this vision to reality, the board provides Highland's students with the tools, resources, and opportunities they need to find themselves and the world around them in a challenging academic environment that is also supportive, engaging, and friendly.

Provides long-term direction for the school

The Board of Trustees is responsible for the long-term direction of Highland School. Working directly with our Head of School, the Board sets the long-term vision and strategy and ensures sound financial management, proper stewardship of resources, and accountability toward future goals. The Board is also responsible for the selection, evaluation and support of Highland School’s Head of School. 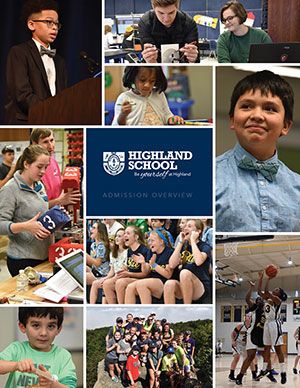 Marshall Doeller graduated from Highland School as an 8th grader in 1967 and served on the Board of Trustees from 1992 until 2004. As Chairman of the Board from 1997 to 2004, he was instrumental in implementing an ambitious 10-year Master Plan that included the construction of Highland’s Upper School, which officially opened in 1996. His two daughters, Kate and Michelle, are Highland alumna.

Prior to his death in 2012, Mr. Hazel had an active life, founding one of Northern Virginia's largest excavation and development businesses, sitting on many Boards, and supporting educational projects all across the area. His longtime support of Highland School permitted major changes to our development, most notably, he provided the lead gift to establish the William A. Hazel Family Lower School - now the only LEED Silver certified educational facility in Fauquier County. His legacy will continue on for years to come.

Paul Rice served on the Board of Trustees from 2004 to 2012. He was Chairman of the Board from 2006 to 2012 and, along with his wife Gina, was instrumental in the design and construction of the Highland Center for the Arts and The Rice Theater. He received the Founders Award in 2012 for leadership and service that have shaped the School. His two daughters, Lindsay and Ally, graduated from Highland.

TAKE ONE OF THESE NEXT STEPS